How to Recover from Google Core Algorithm Update? 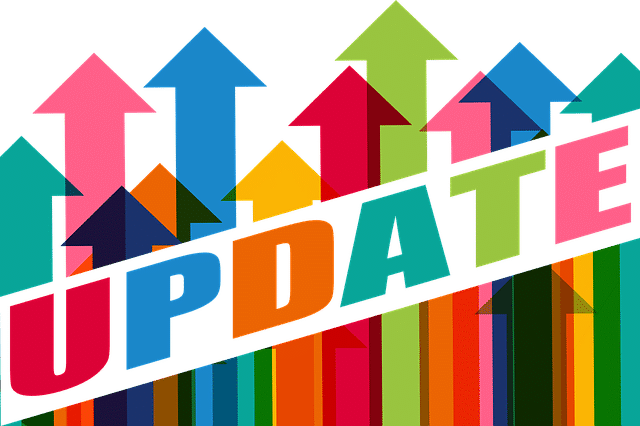 The latest Google core algorithm update has affected a lot of sites in a negative way.

Today, we will share our insight on this matter and also tell you how we managed to recover the site rankings within 24 hours.

This is not the first update and definitely will not be the last one, as Google needs to ensure they always deliver quality content to its users. These updates aim at achieving this simple yet important target.

When Google applies an update we see that in a couple of months a lot of sites see positive and negative effects of the algo change and this totally depends on what changed in the algorithm.

In the past, they have punished sites using shady ways to promote their site and also penalized a lot of sites using low-quality content on their sites. These are just a few examples however the list goes on and on. All this is again done to meet one goal i.e. to show the correct and high-quality results to the people using its search engine.

Here is a list of algorithm updates that was applied by Google in 2018:

Few updates had less impact on rankings however there were also a couple of them that caused a major fluctuation in the SERPs.

A professional view at the Google Algorithm Update

In the words of an SEO professional and expert, Michael Martinez who manages over 100 sites.

A small number of personal sites my partner and I set up through the years on whimsy, spur-of-the-moment “this might be a cool idea” projects that we never followed through on, have earned new Google traffic over the past 2 months. These are all blogs with a small number of articles.

Earlier this year I replaced the themes on some sites in our portfolios. I don’t think the themes make that big a difference. I changed them for reasons unrelated to Google search.

What I believe has happened is quite simple: Google no longer processes the Web as it did up until a few months ago.

In Google’s 20th anniversary announcement they said they have been using a new Neural Matching algorithm for a few months. I suspect it went live at the end of July. I believe this explains the August 2 update (so really a late July update).

Neural Matching is an old, old computer science concept. It’s a method for pattern matching. Based on what Googlers have said recently, and some research papers Googlers have published, I believe their system now translates Web documents into a sort of semantic tokenized format. This appears to be similar to what the RankBrain algorithm does with queries since late 2015.

When you type a query into Google RankBrain compares it to older queries Google has recorded. RankBrain (sometimes) suggests a substitute (older) query to the main query resolver. In 2015 Google said RankBrain was affecting about 30% of queries.

This new Neural Matching algorithm is also said to affect about 30% of queries. It does a much better job of matching the query to available documents, even documents that don’t use the keywords. Although I think keywords are still important, it may be that Google is now finally able to match CONCEPTS (expressed in queries) to CONCEPTS (expressed in Web documents).

They still use many other signals, including link-based signals like PageRank and anchor text. But now the Web is probably more open to their algorithms than ever before. And as they recrawl the Web and reindex content they can respond to changes much more uniformly than in the past.

For reasons too lengthy and complicated to go into here, I suspect there is now about a 10-day window for Google to see new things and make adjustments. I first became aware of this 10-day window in early 2017. Some recent SEO case studies have also suggested there may be a 10-day window for some things that happen “under the hood”.

MUCH OF THIS IS VERY SPECULATIVE

Take the above with a grain of salt. You asked us to share our experiences. I shared a little bit more but in reality, I cannot prove anything to you. It’s not so easy to analyze Google’s algorithms as some people want it to be when they try to explain what is going on. We’re all seeing small pieces of a large incomprehensible picture.

WHAT CAN YOU DO?

Well, if any of the above is true, you can change your Website design, your content structure, even the way you write. That doesn’t guarantee you’ll see improvements but you should know within a few weeks if your changes matter. Whereas over the past few years I have advised people to wait as long as six months for changes to take full effect, I believe we’re now seeing much faster results when we fix Websites or add content.

If you make a significant change, I think you’ll know within a month if it was necessary or advisable. At the very least, don’t worry so much about matching all the keywords you want to rank for. Concentrate instead on creating exactly the content you would want to find for those queries.

If you’re not happy with where things are now, then make a full backup and start making changes. Don’t be afraid to change your site. Embrace change. Change is the only constant in search engine optimization.

When we saw a change in the site rankings we went ahead and started studying the algorithm update along with the competitor sites that grew in rankings.

The results were then compiled and used to recover the site.

The major difference was content and the missing keywords in different parts of the page such as:

These 4 elements were changed and high-quality keywords and paragraphs were added to make the page more relevant.
We then went ahead and submitted the web page to Google to be indexed and within 48 hours we had all the sites recovered. However, we did not stop there, my team managed to assemble on the low ranking pages on every site of our clients and applied the same set of changes to all of them and then submitted them to be indexed.
The pages that were ranking on page 2 and 3 was now on page 1 and their positions were between 1 and 4.
As always, we had to share this update with the world and this led us to write this article.
I hope you loved this contribution.