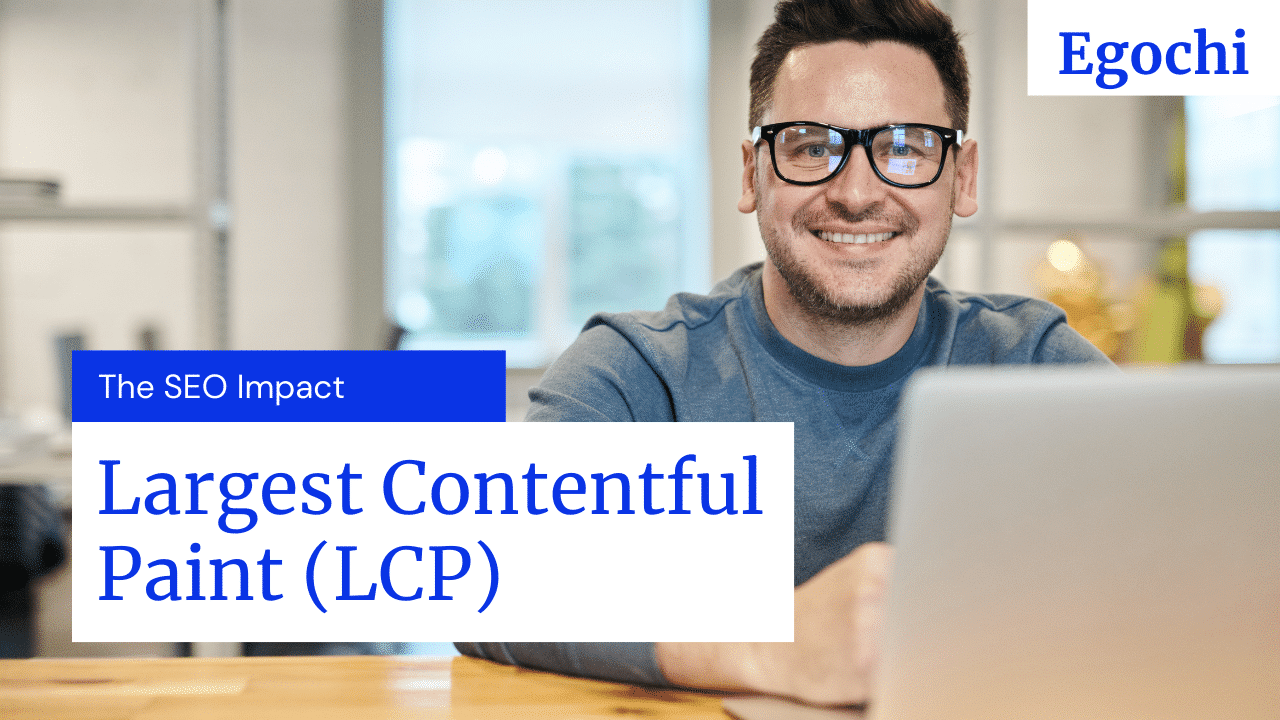 Largest Contentful Paint (LCP) is a user-centric metric for measuring the perceived load speed of a webpage. LCP calculates the amount of content that can be seen within the first screen, which is about 300 milliseconds.

It’s an important ranking factor for SEO and it also helps users to decide if they want to stay on your site or not. A website with lower LCP will have better rankings than one with high LCP because Google trusts this metric as an indication that your site loads quickly enough for modern internet connections.”

LCP calculates the amount of content that can be seen within the first screen, which is about 300 milliseconds

This means that when someone visits a webpage and sees something they want to read, it needs to load in less than 300ms, or else people might leave before reading anything at all. It’s important for SEO too – if you have lower LCP it’ll give you a better ranking.

This means that how fast or slow it feels to you as an internet user determines what LCP stands for. If your webpages take too long, people will likely leave and go somewhere else because they’ll feel frustrated with the loading time. So making sure that we have low LCP times is important!

How to Lower Your LCP Score?

If you want to lower your LCP score, then here are some ways:

I cannot say much more about the importance of having low LCP times because it impacts so many aspects of your online presence – from SEO rankings to customer satisfaction. It may be difficult to have fast loading speeds on all devices but investing in research is important if you’re looking for progress! Don’t overlook this metric when thinking about site performance optimization or website design strategy.

According to the specified LCP API, the following elements are considered for Largest Contentful Paint:

HTML elements are the building blocks of a web page. They define and style how content is structured on a webpage, but they can’t be rendered without stylesheets to apply formatting information. HTML elements often require an id attribute so that CSS can target them with rules for styling purposes; alternatively, developers should use class names instead of ids if possible because it makes updating easier when new styles need to be applied to multiple pages or sections.

Images, as well as videos, can account for a significant amount of loading time on a webpage. The Largest Contentful Paint metric is more accurate when the page contains many images because it accounts for all of those request, not just one or two. This metric also accounts for requests that are made after the initial load and gives a better idea about how long pages take to render in browsers without reloading them each time they need an updated image from the server.

Scripts are loaded asynchronously by default, which means their impact on LCP will be delayed until later in the process than other resources like stylesheets and images since scripts don’t block rendering. However, script execution times will have some effect on perceived load speed, and inline scripts in particular will have an additional impact on LCP.

Scripts that take longer time can be loaded synchronously by using the defer attribute or adding async=”false” to a script tag’s src property: __text__async=false&defer=true.

Style sheets are normally downloaded asynchronously because they don’t block rendering like images do, but some stylesheet resources may block rendering if they contain declarations that require immediate evaluation such as @font-face rules referencing custom fonts from third parties which often expected due to network latency issues. To address this issue, developers should either download these files separately or add the async attribute to them to ensure they are loaded asynchronously.

Google trusts this metric as an indication that your site loads quickly enough for modern internet connections. A website with low LCP will have better rankings than one with low LCP because of the trust factor. It’s also important to keep in mind this acronym when thinking about SEO.

What is the Cost of SEO in Miami?
7 Marvelous Tips To Use Instagram Marketing For Your Business